Simultaneous multi-material Additive Manufacturing for the Electronics of tomorrow

The 3D PCB Printer enables companies involved in electronics to take control of their development cycles by 3D printing their own circuit boards. From proofs of concept, to design validation, to test fixtures, in-house 3D printing of multilayer PCBs shortens design and test cycles, from months or weeks to days. Development teams can now introduce more agile hardware development processes at every prototyping stage. This reduces time to market and increases innovation.

The Nano Dimension’s DragonFly 3D PCB Printer brings together an extremely precise inkjet deposition printer, dedicated nano inks, and novel software to allow designers and engineers to effortlessly print conductive and insulating materials in one print job. The full range of PCB features can be 100% printed - including interconnections such as vias and through-holes – without etching, drilling, plating, or waste; to produce professional, multilayer PCBs, within hours.

The 3D PCB Printer allows designers and engineers to develop different parts of the circuit in parallel – testing and iterating on the fly to accelerate innovation and improve organizational performance. With the 3D PCB Printer, many of the complexities and bottlenecks inherent in PCB prototyping are removed, allowing companies to take control of their development cycles. The result is reduced overall development time, improved flexibility, and fewer development risks. This enables companies to bring better electronics to the market more quickly while keeping sensitive design information in-house and staying on budget.

Simultaneous multi-material additive manufacturing is a revolutionary approach that helps redefine the electronics of tomorrow for attributes including density, size, and flexibility.

From Design to a Functional 3D Printed Electronic Device

In the following short video, you can see how the process looks like.

At the heart of the system there are two printheads that simultaneously jet:

In our case, both inks have been developed exclusively for the Dragonfly system developed by Nano Dimension. Each printhead has 512 nozzles through which the inks are jetted.

Conductive Ink is made of advanced silver nanoparticles that are suspended in a solvent and other liquids. As the ink is jetted onto a hot printing tray, its liquids evaporate. The nanosilver particles that remain on the tray are then exposed to the heat of iron. This centers the nanoparticles together to form a material with a continuous conductive pattern.

Dielectric Ink is a monomer-based ink. Once jetted onto the print tray, the Dielectric Ink is exposed to UV light which polymerizes and hardens it. The polymerized eye acts as insulation between the conductive elements and gives structure to the AME board. The group holds the printheads and the UV lamp. It also has a camera that is used for print calibration purposes. During the printing and the printhead cleaning sequences, the group moves back and forth in the group axis. It also moves up and down in the Z-axis.

The 3D PCB Printer is controlled and monitored by a specific application, which is installed on a dedicated PC. The cooling system is responsible for ensuring the printheads do not overheat. It is composed of a chiller, green coolant liquid, and tubes. The chiller is set to 30 degrees celsius. Actually allowed temperature is 30 degrees Celsius plus or minus 1.5 degrees celsius. The pneumatic section includes air and vacuum pumps, tubes, and valves. These are used for ink circulation and to enable cleaning the printheads.

Electronic 3D printed devices are built layer by layer on a print substrate that is tightly attached to the chuck by vacuum. During printing, the chuck is heated to 140° celsius and moves back and forth over the print axis.

Washing and purging the printheads

If you look at the group from the back service doors of the Dragonfly 3D PCB Printer, you can see a number of tubes. The yellow ink delivery system or ids tubes hold the Dielectric Ink and Conductive Ink as It flows into the printheads. The transparent pneumatic systems tubes. The cooling systems tubes carry the coolant in the black and gray electricity and communication tubes. The washing and purging processes that safeguard the printhead nozzles are performed in the cleaning station which has the following components:

An air knife that sucks up the remaining ink from the group frame during the purging sequence. The purging sequence is automatically performed every 3 minutes during printing and when the machine is idle. Print heads are also washed every 2 hours during printing and every 8 hours when the printer is idle. During the purging and washing sequences printing stops and the group moves to its position above the cleaning station. Note that the Conductive Ink remaining from the purging process is sucked back by the Conductive Ink suction cup and is transferred to the separator for recycling. The Dielectric Ink remaining from the purging process and the washing fluid used to wash the printheads are transferred to the waste container.

Examples of Electronics made with the 3D PCB Printer 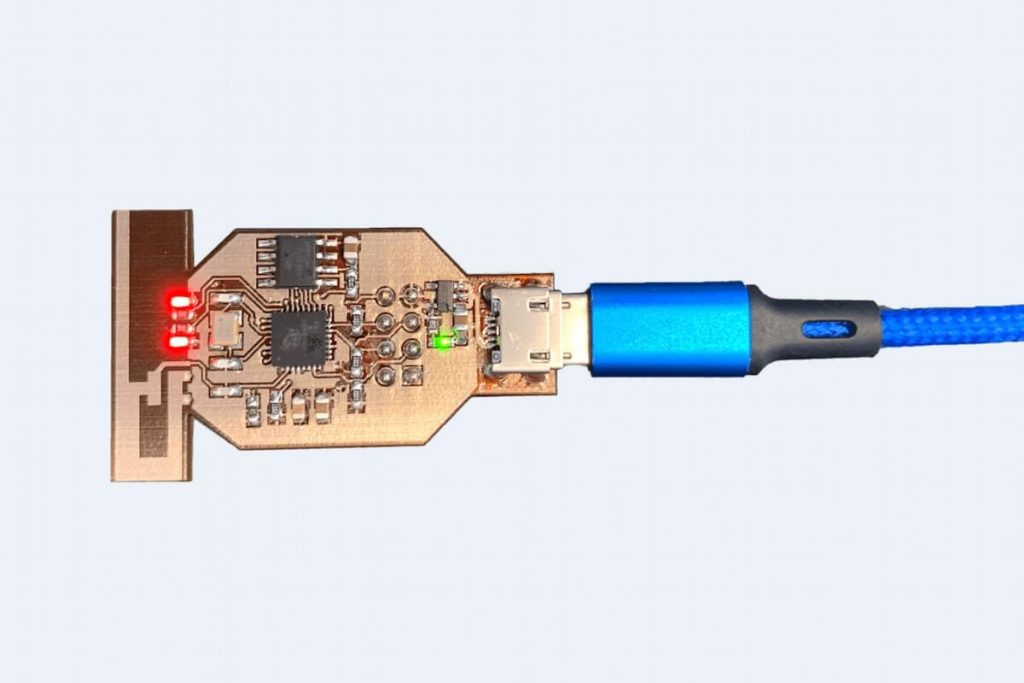 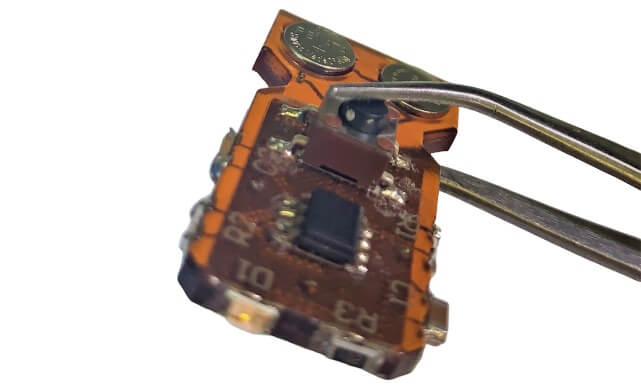 Board with side-mounted components and battey sockets 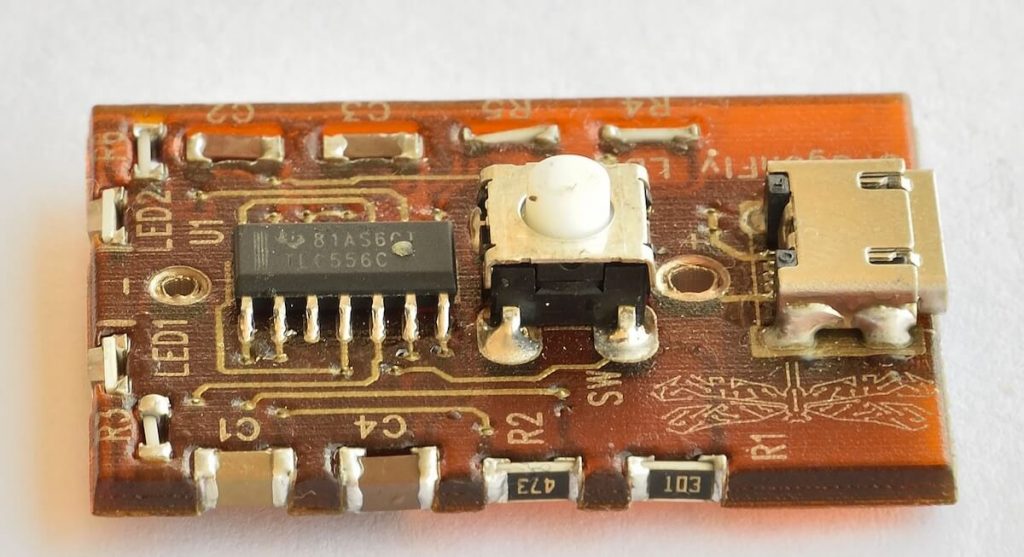 Circuit with side mounted and inserted components 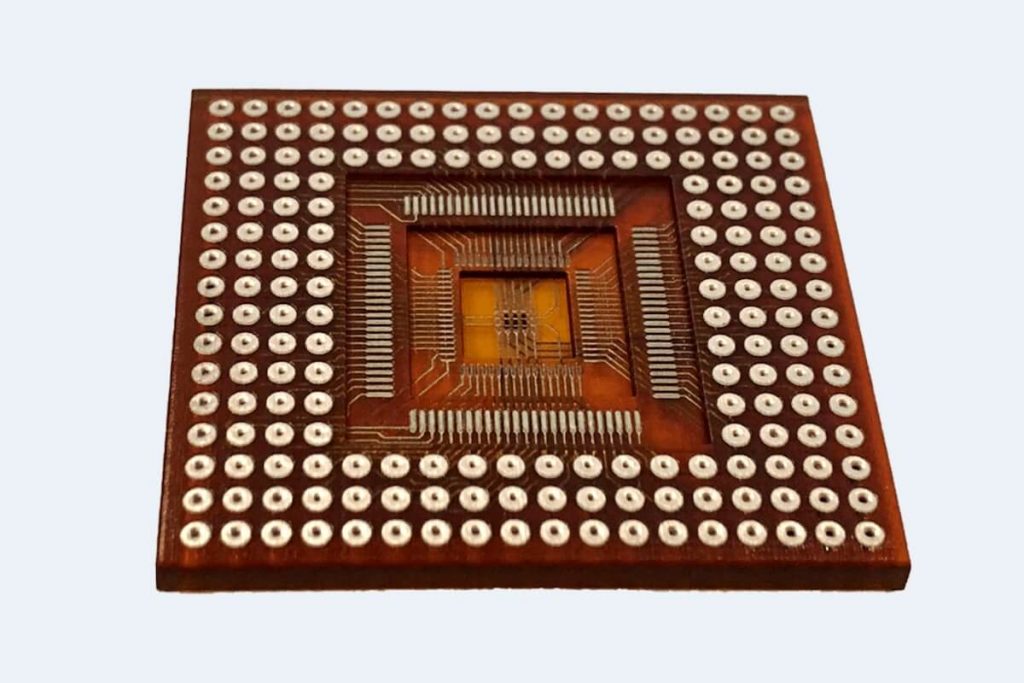 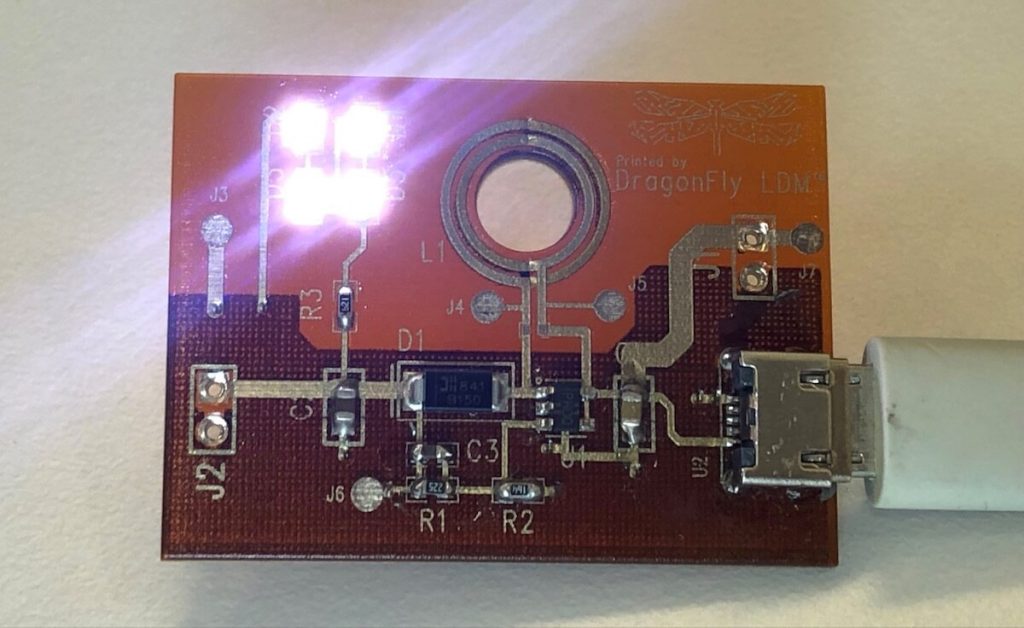 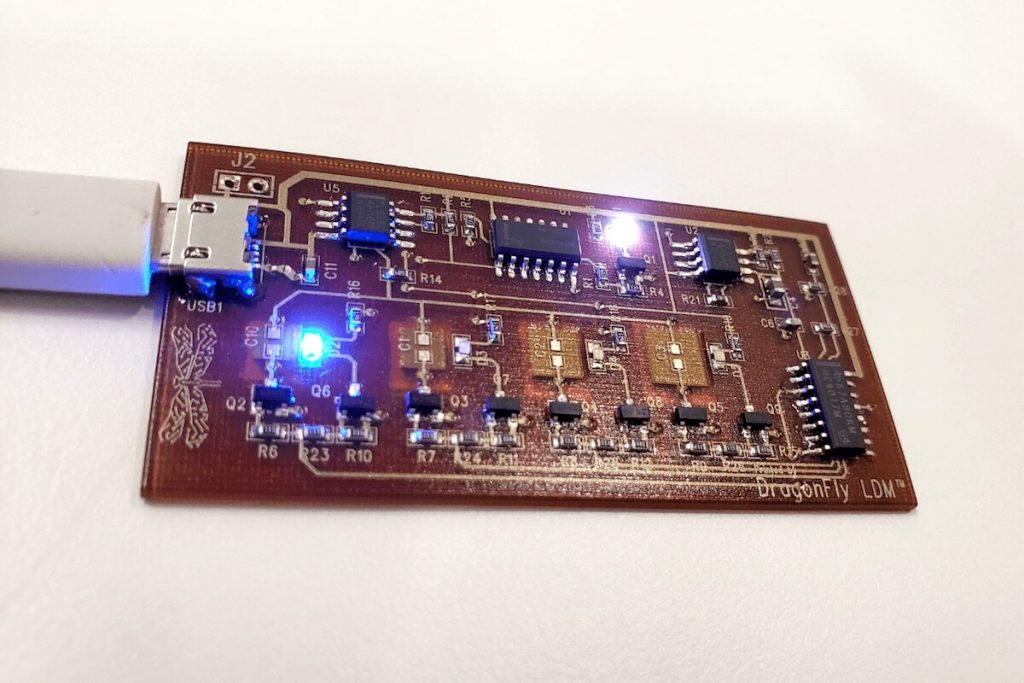 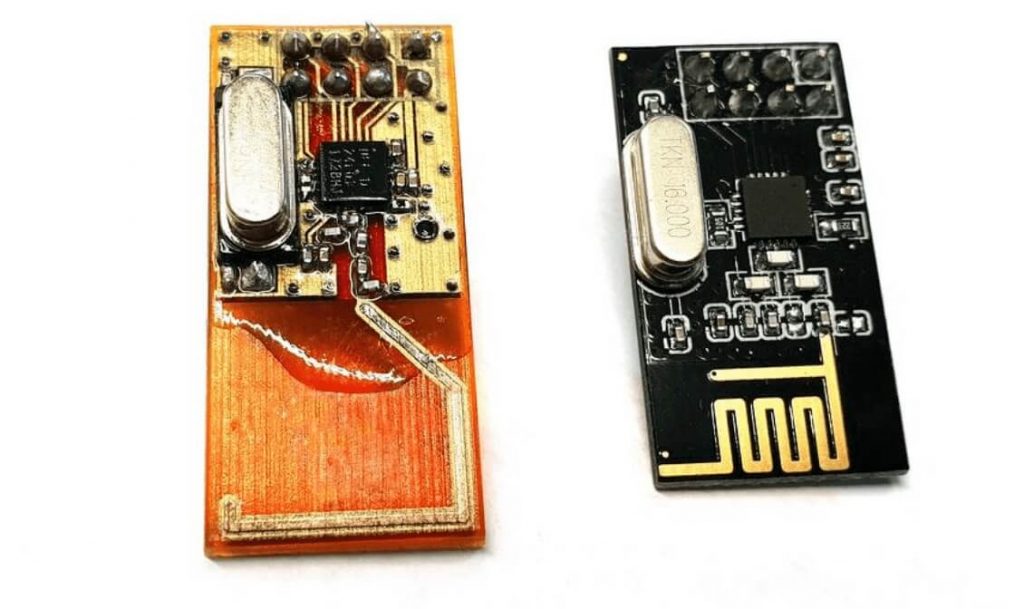 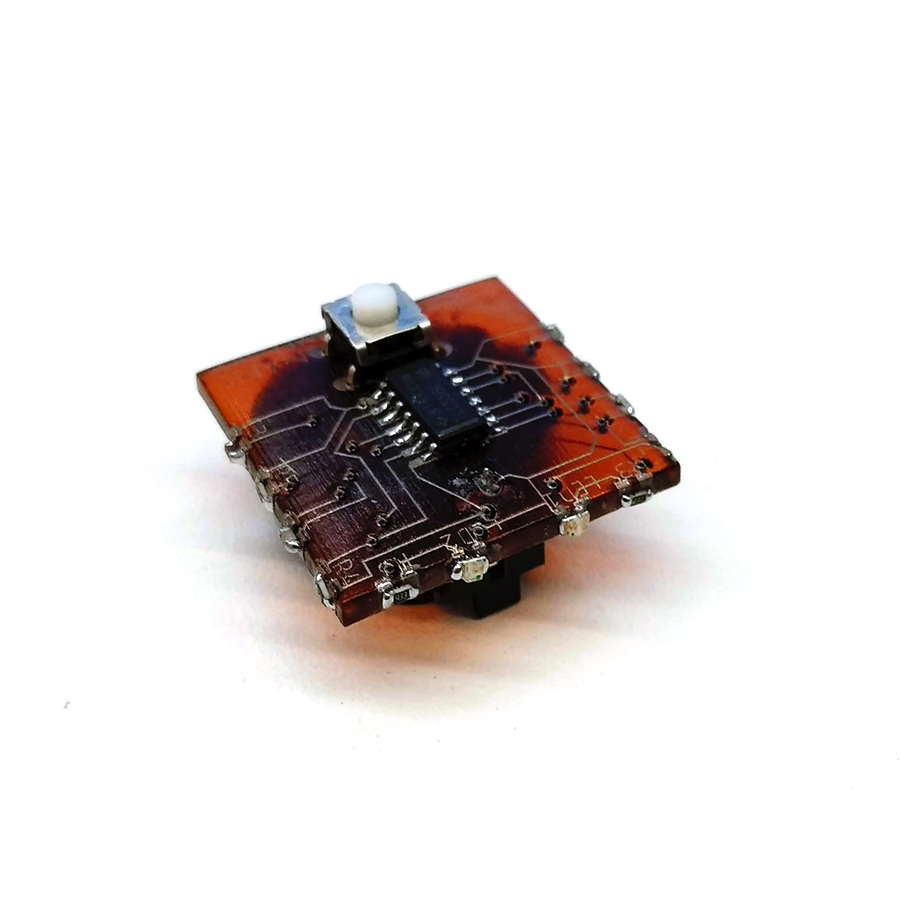 Component side mounting by Nano Dimension 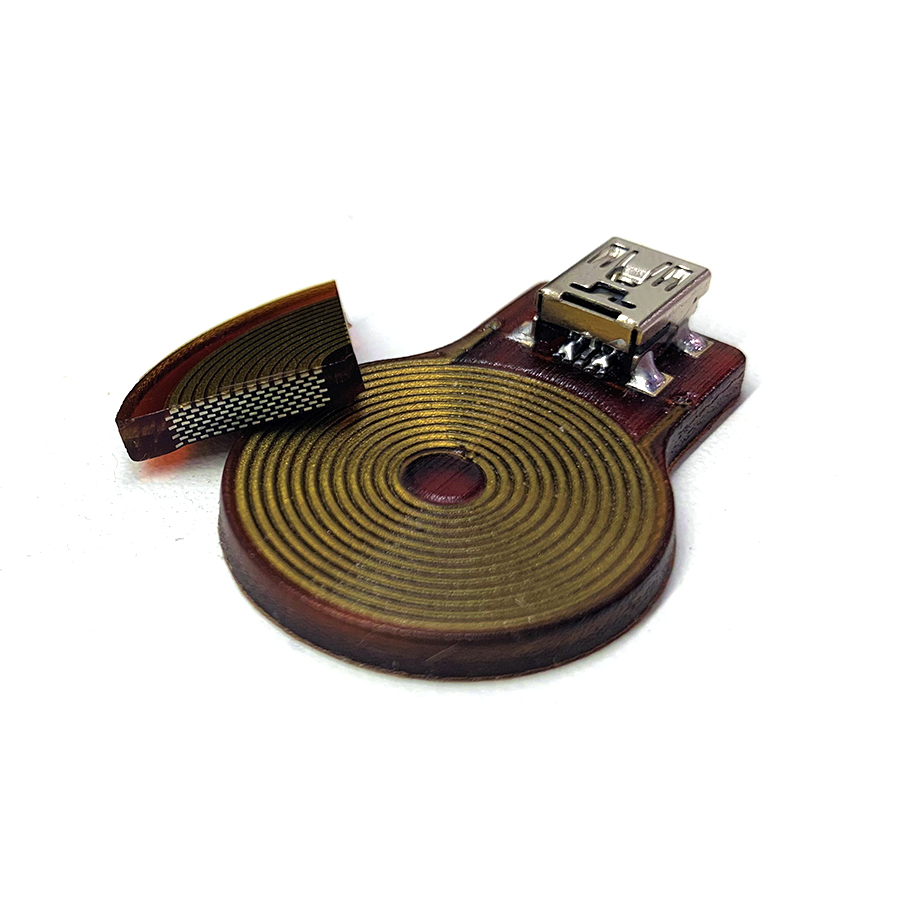 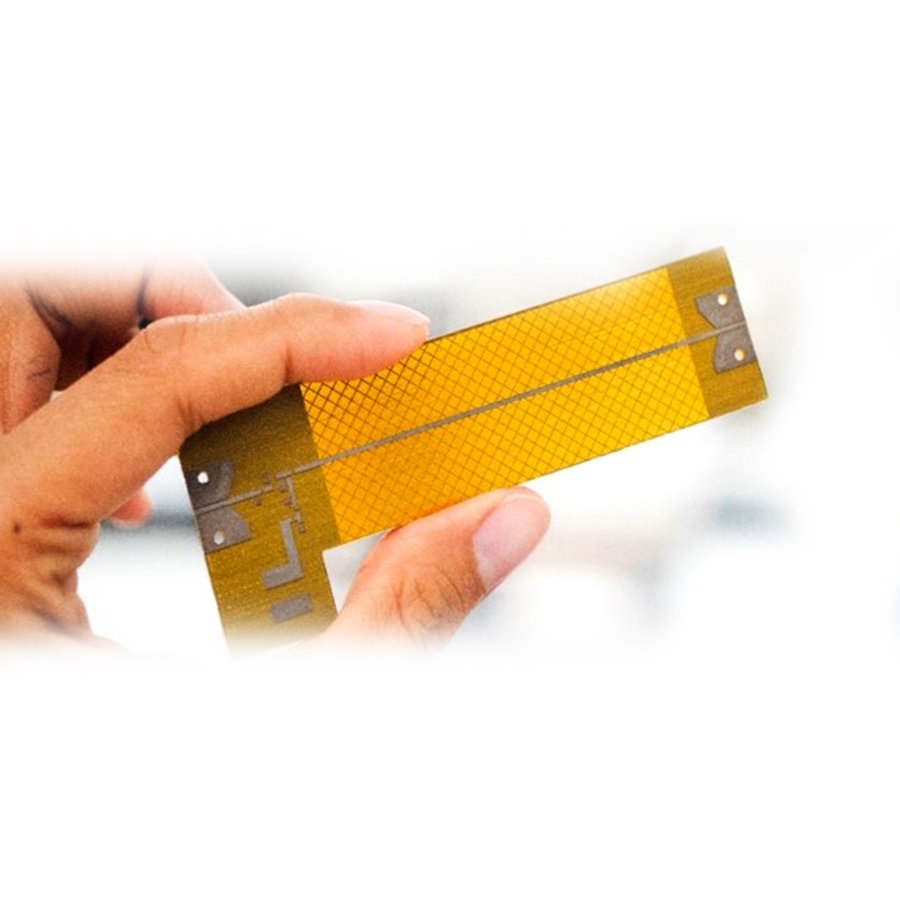 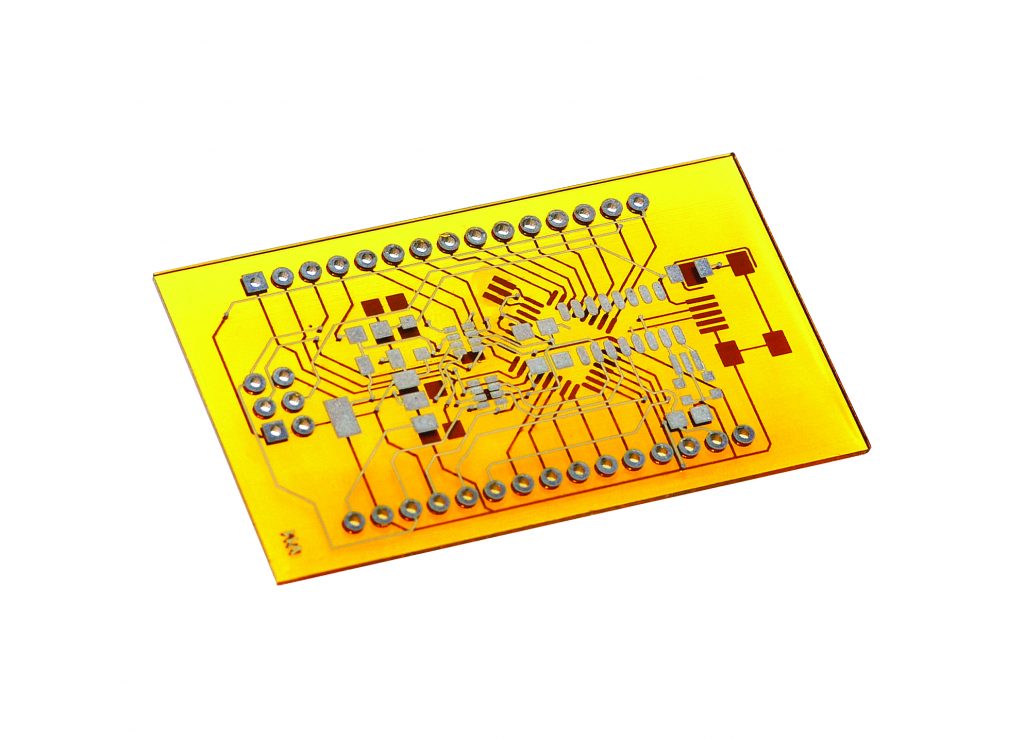 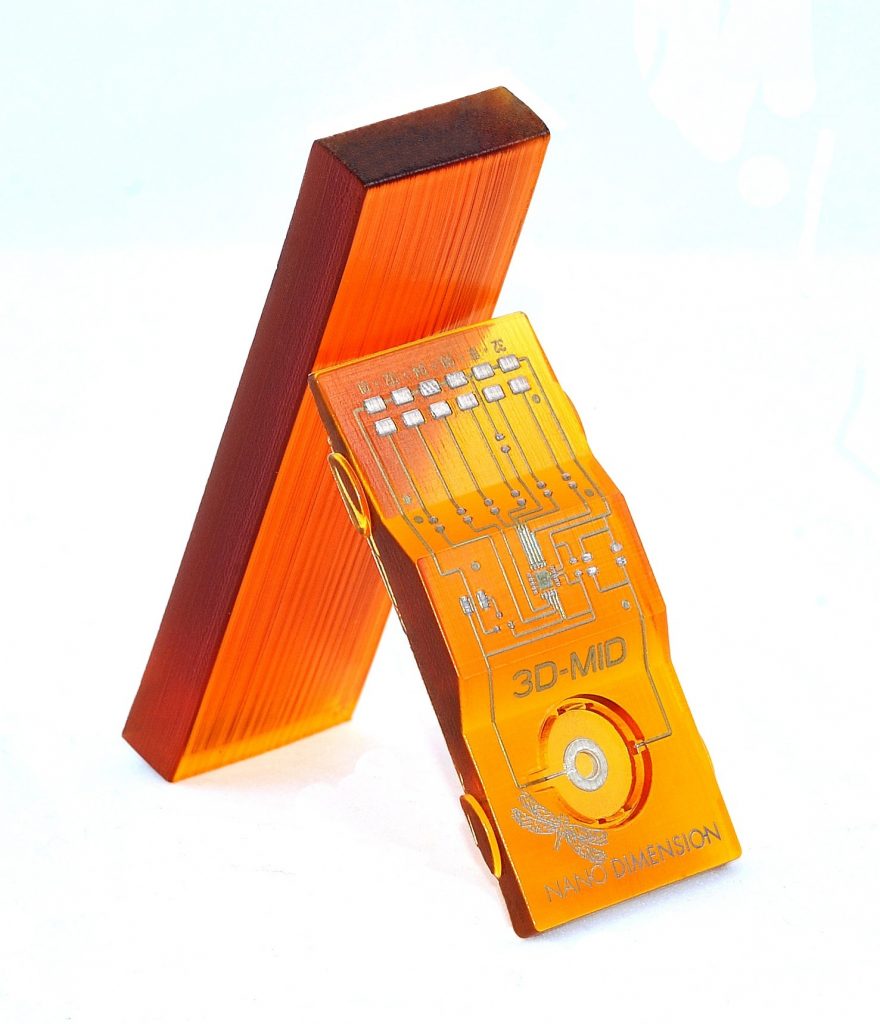 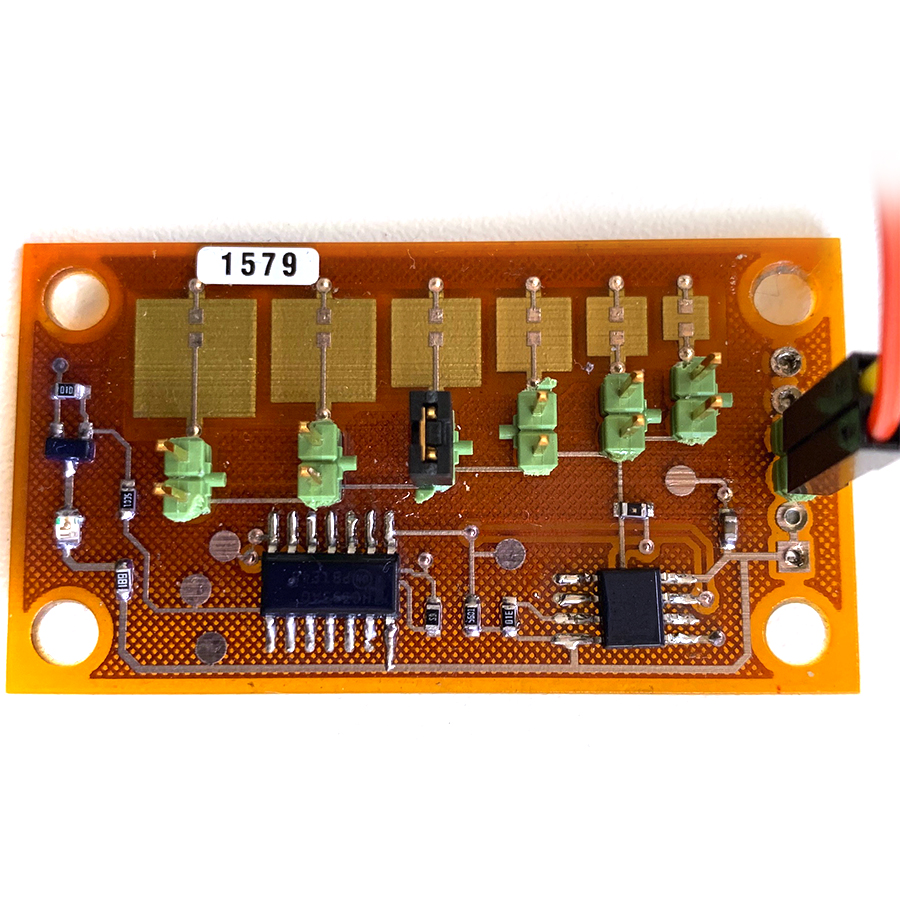 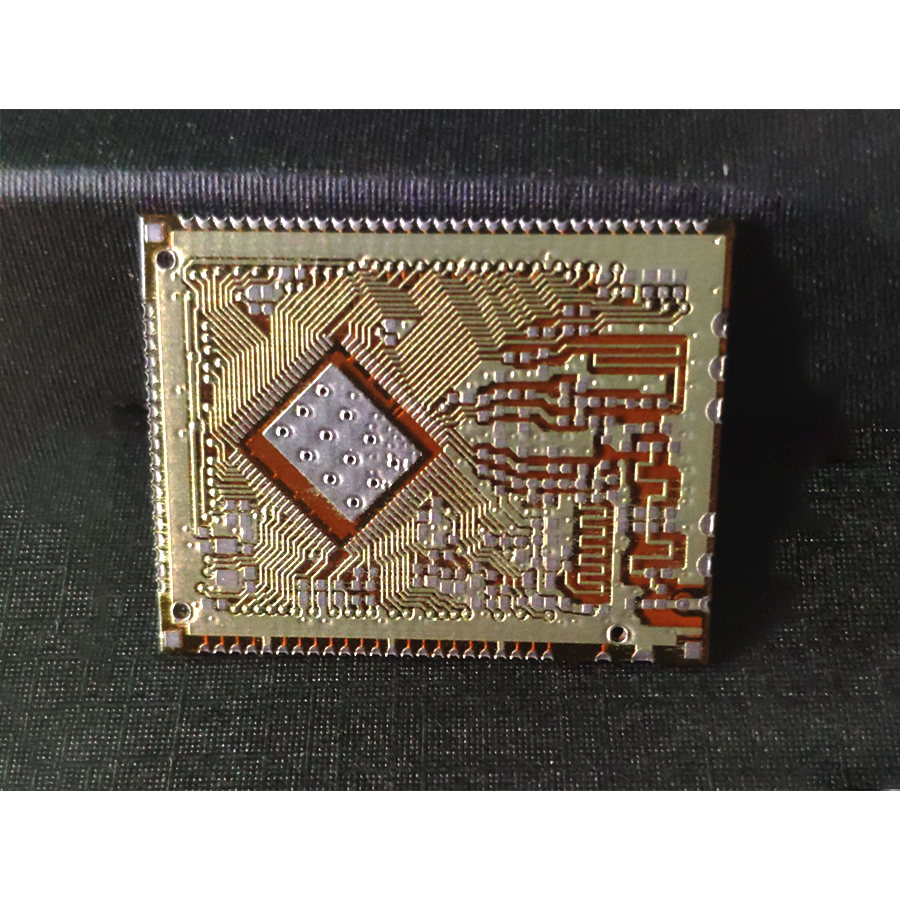 Side mounting technology by Nano Dimension 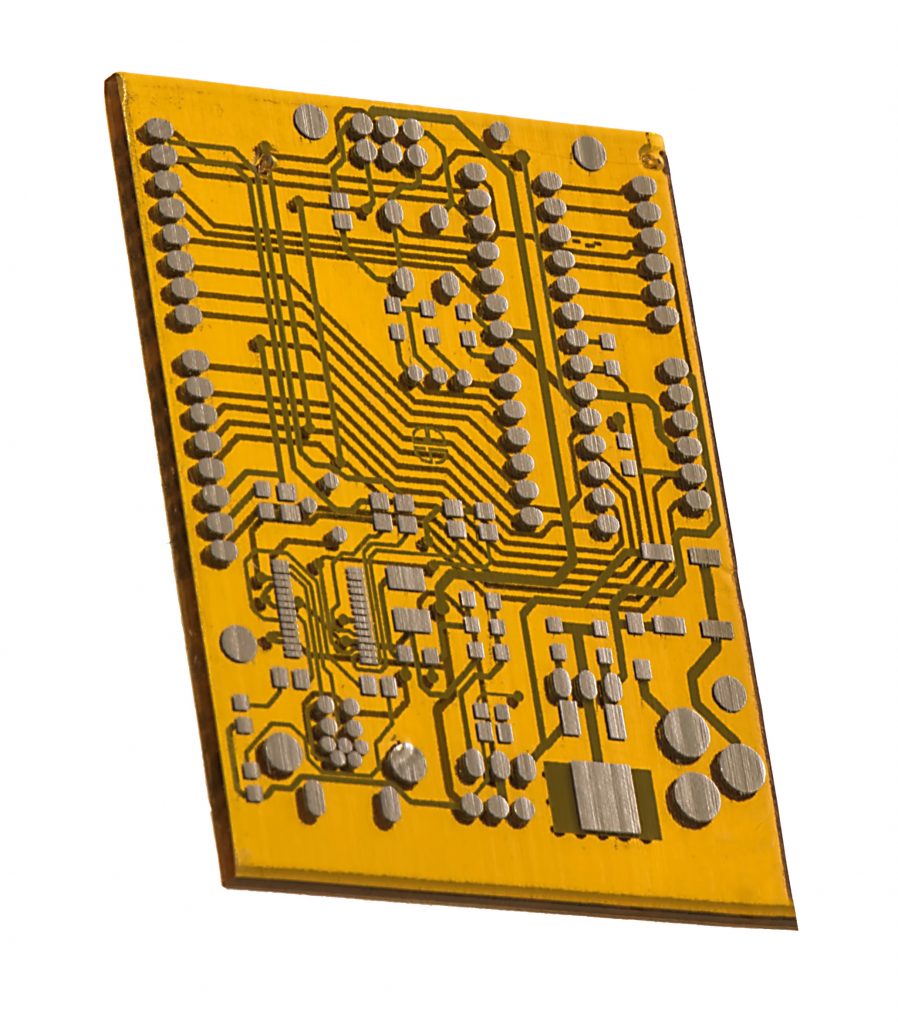 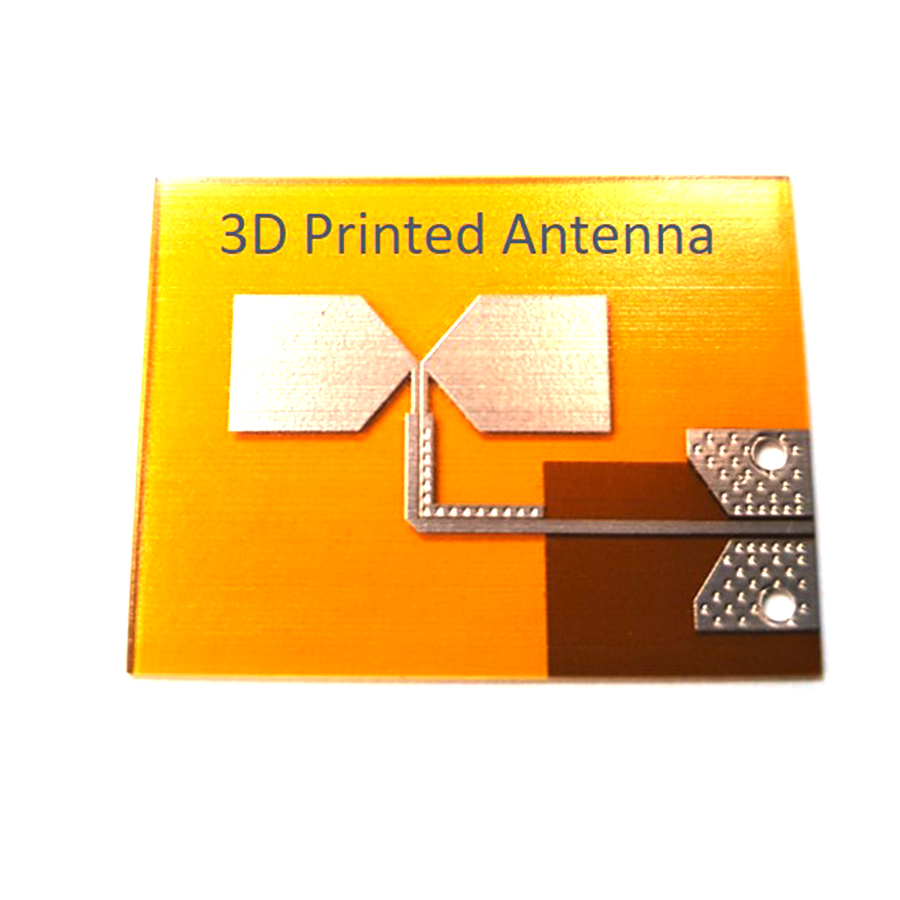 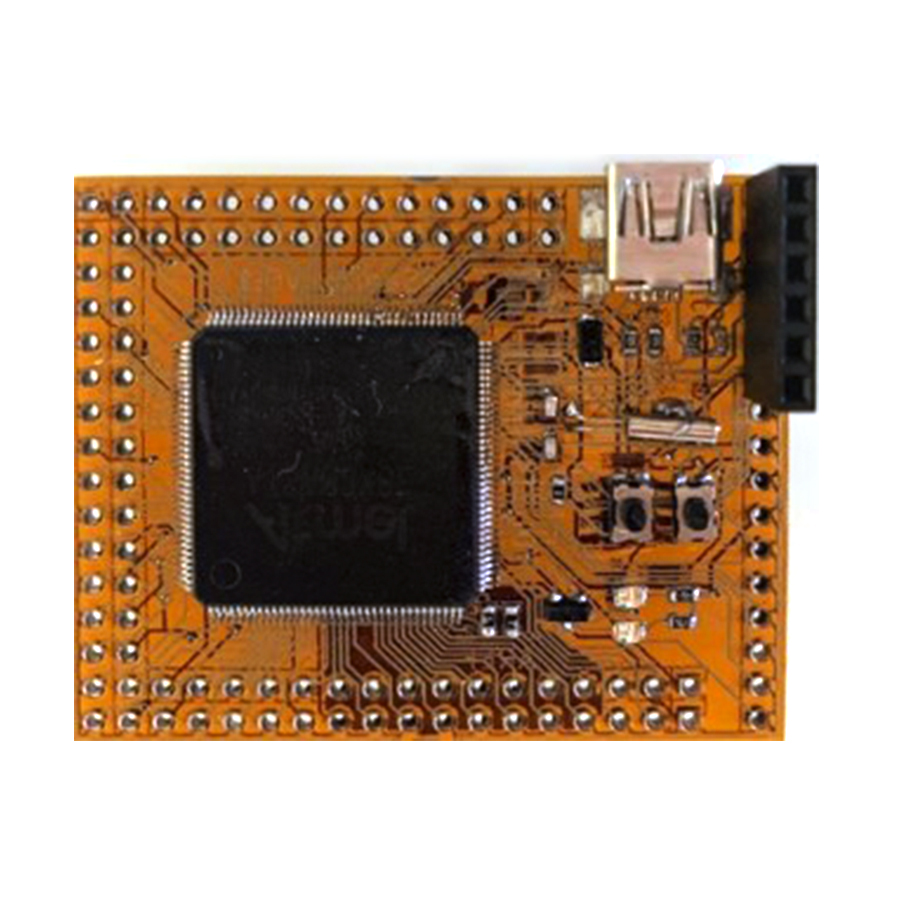 The state-of-the-art of 3D PCB Printing 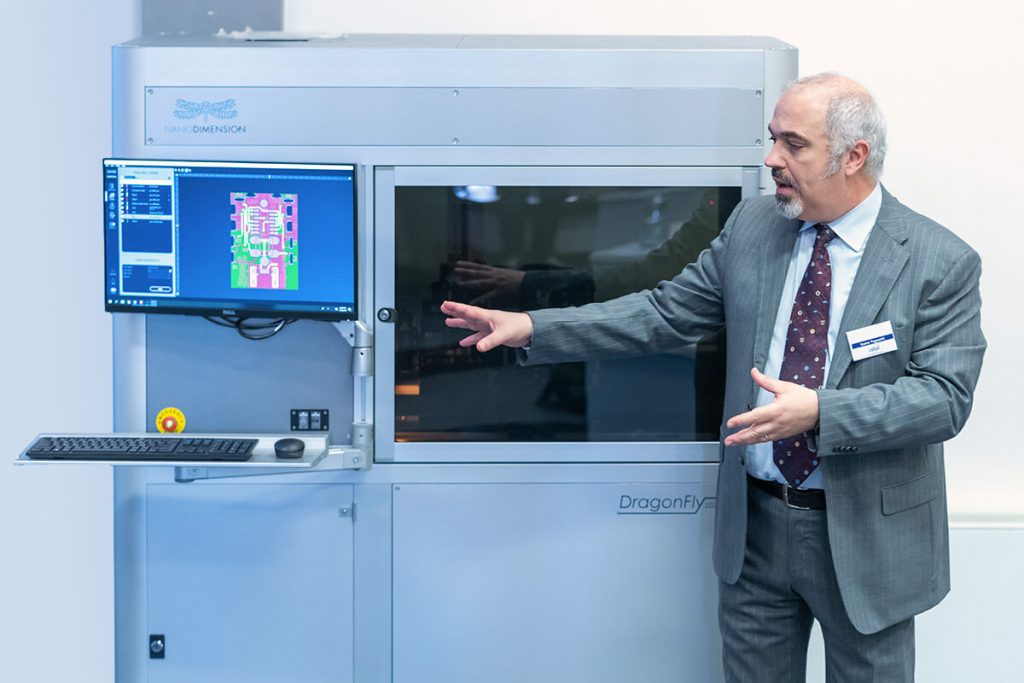 With the DragonFly 3D Printer, you can move rapidly from concept and design validation to the production of precision electronic components.