Beyond Simulation to manage Complexity

What is Digital Twin?

Understanding Digital Twin is quite easy. An important way to address the challenges of complex system development is by building a set of highly accurate models that help predict product behavior during all lifecycle phases. These models, which are called “Digital Twins,” come in multiple scales and instances for various applications, integrate multiple physical aspects, contain the best available physical descriptions, and mirror the life of the real product and its production process.

The concept is applicable across various lifecycle stages of a product or system.

When companies integrate all of these Digital Twins together, they have access to a Holistic Digital Twin which becomes the backbone of their product development − capable of delivering greater insight, reducing development cycle time, improving efficiency, and increasing market agility. 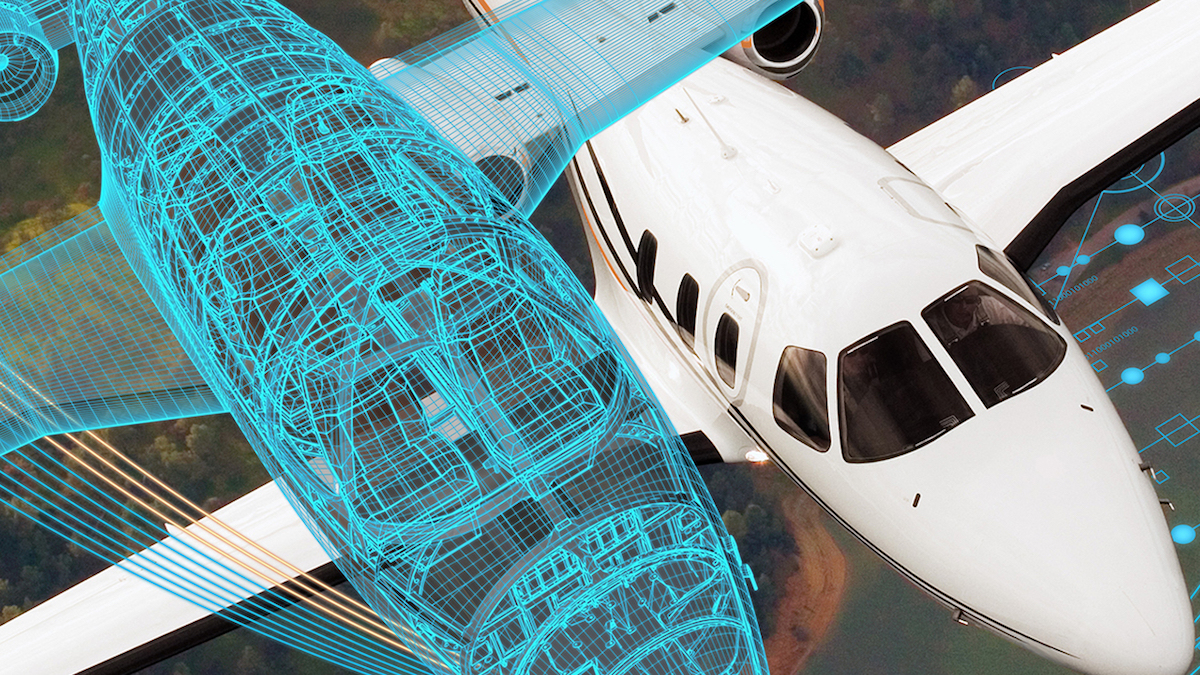 The Digital Twin can be defined as a virtual representation that acts as a real-time digital equivalent of a physical object or process.

The concept of using physical models that mimic the behavior of actual products is not new. For example, NASA’s Apollo program used identical space vehicles so that one of the vehicles could be used to test out procedures on earth while the other was in space.

The first use of the phrase “digital twin” appeared in a NASA report in 2010 and defined as follows:

A digital twin is an integrated multiphysics, multiscale simulation of a vehicle or system that uses the best available physical models, sensor updates, fleet history, etc., to mirror the life of its corresponding flying twin.

What is Digital Twin Technology?

There are three types of Digital Twin, each of which builds upon and feeds data back to the other versions of itself:

The Digital Twin of the Product is created as early as the definition and design stage of a planned product. This allows engineers to simulate and validate product properties depending on the respective requirements: for example, is the product stable, and is it intuitive to use? Do the electronics operate reliably? Whether it involves mechanics, electronics, software, or system performance, the digital twin can be used to test and optimize all of these elements in advance.

The Digital Twin of Production involves every aspect, from the machines and plant controllers to entire production lines in the virtual environment. As a result, sources of error or failure can be identified and prevented before actual operation begins. This saves time and lays the groundwork for customized mass production because even highly complex production routes can be calculated, tested, and programmed with minimal cost and effort in a very short time.

Digital Twin of Performance is different. While many manufacturers already use those of the Product and Production, they lack the ability to fully enable the Digital Twin of Performance and create the feedback loop necessary for a closed-loop Digital Twin. It requires a cloud-based IoT solution that can not only remotely monitor assets but also seamlessly integrate with the other technologies used in Product models and Production models.

Digital Twins will be the Innovation Backbone of the Future, with their capacity of delivering virtual representations of real-world products, systems, and cities. Here is why.

For example, the Digital Twin of an electric motor not only showcases form, but also analyzes functions – from the rotation of the shaft, to thermal conductivity, to data from sensors, and beyond. What’s more, the Digital Twin continuously evolves thanks to the flow of data, user experience feedback, and new input. And it’s greatly impacting development, production, and operation.

In Development, a product’s behavior can be simulated and tested long before a physical prototype has been built. Siemens utilized the Digital Twin to develop a world-record-setting, electric aircraft motor that not only weighs 50 kilograms but is also five times more powerful than comparable electric motors.

But it doesn’t stop there. Digital Twins also unleash the power of 3D printing. In a recent study for gas mixing systems, insights from the simulation of form and flow behavior were combined with generative algorithms. The result? A truly unique channel shape and configuration – one significantly more efficient than anything previously designed.

In Production, even entire factories down to individual machines can be simulated and tested. For instance: robots. It’s difficult for them to perform milling tasks because large forces in the manufacturing process lead to inaccurate movements. But with the Digital Twin, the forces that push the robot away from the milling path can be calculated and compensated in real-time, keeping the robot in its path.

When it comes to Operations, Digital Twins can compare the sensor data of a real point in real-time with the simulation of its point. The availability of the point parallel to operations can be reliably predicted and sudden disruptions become a thing of the past.

But this is just the beginning. Merging Digital Twins with Artificial Intelligence allows computers to independently design advanced products.

For Development, Production, and Operation, the Digital Twin breaks with traditional paradigms and opens up extraordinary possibilities. That’s why Digital Twins are the innovation backbone of the future.

Benefits of a Digital Twin approach 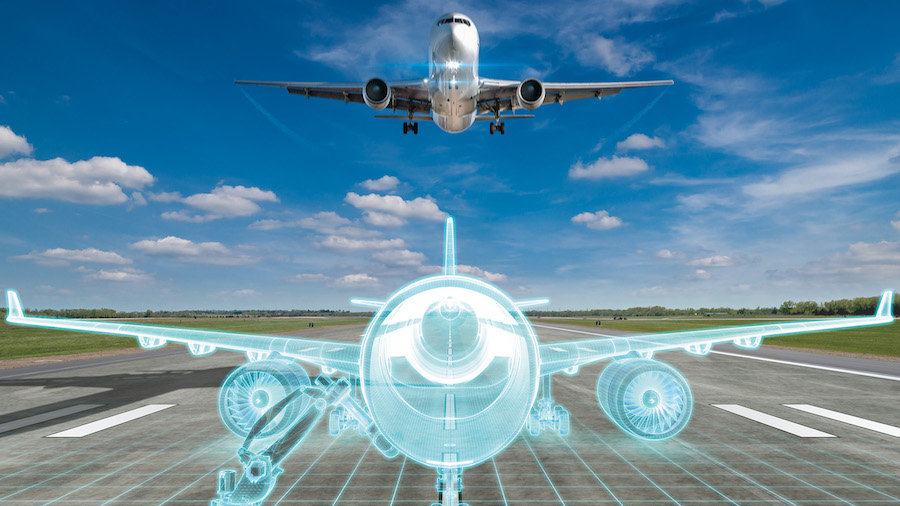 The Digital Twin includes all the required information to continuously forecast the product’s performance and health, the remaining useful life, or for some applications, even the probability of mission success. It can also predict system response to safety-critical events and uncover previously unknown issues before they become critical by comparing predicted and actual responses.

Ultimately, if available at the peak of its abilities, systems onboard the Digital Twin could be capable of mitigating damage or degradation. They could activate self-healing mechanisms or recommend changes in a mission profile to decrease loadings, and thereby increase both the life span and the probability of mission success. Or they could suggest updates of intelligent systems to improve product performance and reduce fuel consumption. 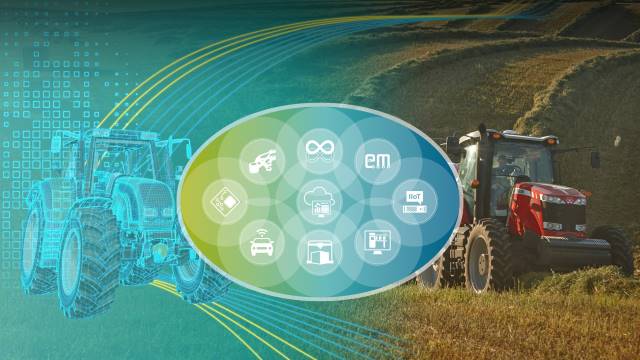 Traditionally the approach has been to assume appropriately severe conditions during design and subsequent usage tracking as well as rather large safety factors to account for the manufacturing process. Such an approach is very conservative and leads to products that may be heavier than they should be and require more frequent inspections than necessary.

Thanks to the precision of its models, using a Digital Twin can reduce design tolerances, while taking into account manufacturing uncertainties and stochastic variability of material properties and of product use. This will result in a huge cost reduction in every respect, including the use of materials during production, fuel consumption as well as a better plan for inspection and maintenance. 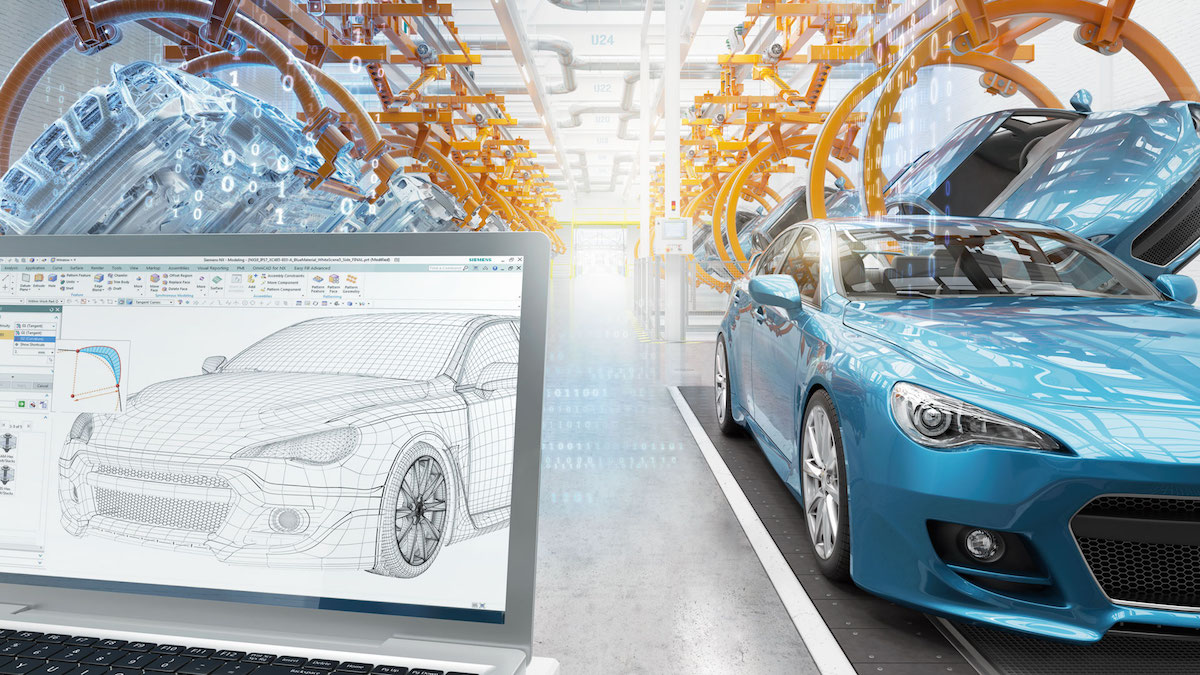 By providing an integrated view of the product’s various physical and behavioral aspects, the Digital Twin will allow simultaneous balancing of all functional performance requirements throughout the entire development cycle, from early concept to detailed engineering and final validation. Digital Twins can also provide earlier and greater insights on how systems interact and their potential failure modes. This will avoid several test-and-repair loops and greatly reduce the time that is required to have a product ready for production. 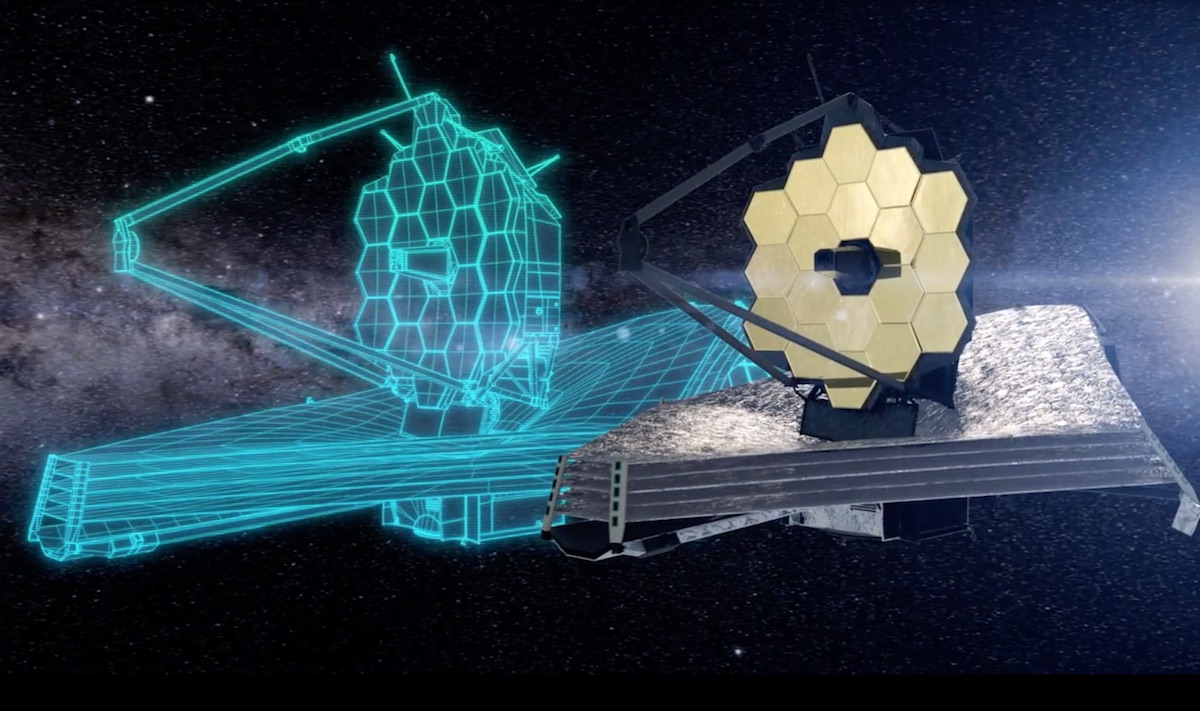 The systematic use of Digital Twins to fully explore the design space, integrate IoT data, and to better understand the interactions of different systems will generate tremendous new insights for product development teams. These insights will in turn drive faster innovation as new ideas emerge that had never been considered before. 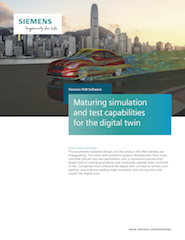 Maturing simulation and test capabilities for the Digital Twin

This Siemens white paper explains what a Digital Twin is, its value, and how companies should mature their capabilities in simulation and test in order to leverage a future with digital twins. The Simcenter portfolio is introduced as a conclusion to the paper. 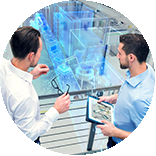 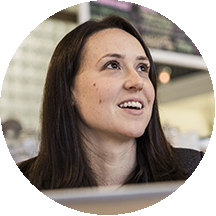 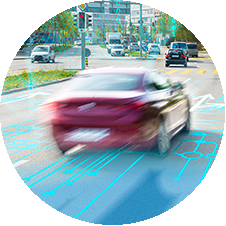